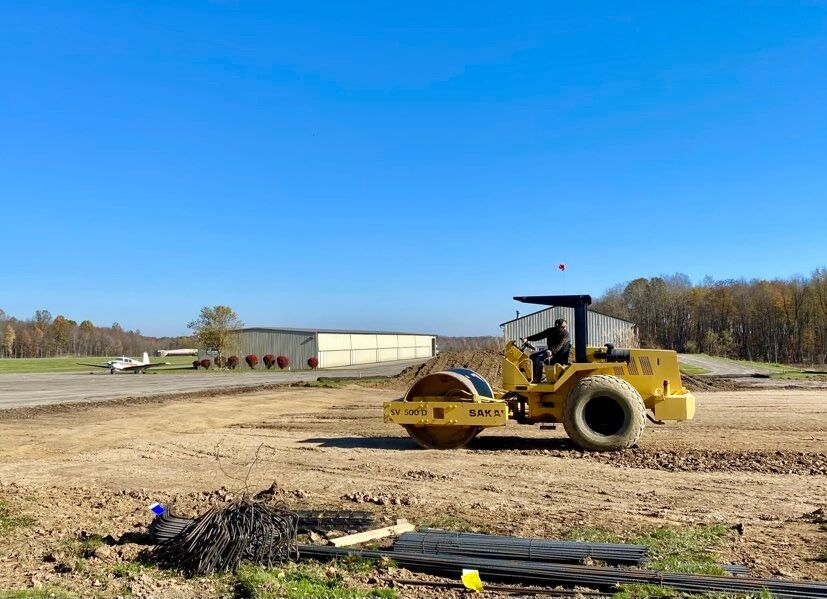 A construction worker clears space for a new hangar at Grove City Airport. 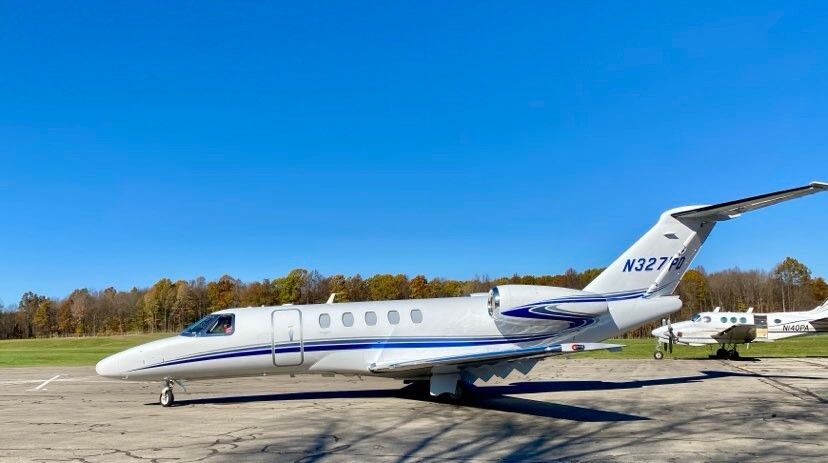 Matt Griffin of Pine Township brings his jet to a stop at the Grove City Airport after flying in from Baltimore.

A construction worker clears space for a new hangar at Grove City Airport.

Matt Griffin of Pine Township brings his jet to a stop at the Grove City Airport after flying in from Baltimore.

SPRINGFIELD TOWNSHIP – Construction has begun on an expansion project at the Grove City Airport.

“It’s good that the airport is seeing growth after a lot of years of stagnation,” Michael Baun said.

Baun owns Grove City Aviation, which runs the Springfield Township airport. He’s also chief pilot for Buckair, which currently houses one of its jets at the airport.

The main focus of the expansion is a new hangar; the project cost is about $1.1 million, he said.

“We’ll have it completed by spring,” said W. Brent Thomas, president and principal project leader with W.K. and Associates, Butler, the lead contractor.

The hangar will allow the airport to lease more space, including several more jets from Buckair, Baun said.

“It’s kind of a partnership and growth between the two,” he said of Grove City Aviation and Buckair.

And that growth will lead to new jobs plus more fuel sales. Grove City borough, which owns the airport, receives a portion of fuel sale revenues.

There might be more air traffic on certain days once the new hangar is completed, but most local residents and passers-by won’t notice the change, he said.

The airport is at 40 Oakley Kelly Drive down a long entryway off state Route 208; most of it is not visible from the main road. It is west of Interstate 79 and just north of Grove City Premium Outlets shopping mall.

A lot of the flights that come and go from the airport are individuals conducting business, pilots flying for recreation, or people visiting local colleges and industries.

The new 10,000-square-foot hangar is being built toward the front of the property in a spot that used to be a parking lot, said Maria Mion, Grove City Aviation’s director of finance and administration.

More parking spaces will be added, she said.

The contractor has been experiencing some supply issues, like longer wait times for pipes and the building itself, Thomas said, adding that they will take a break over winter.

The runway will be extended, and it’s been encouraging to see new activity; the airport tenants have welcomed the expansion, Mion said.

“Everybody’s excited to see this happen,” she said.

Pilot Matt Griffin, who lives in Pine Township, flew in from Baltimore one afternoon and said that the airport is a great community asset, even for the residents who don’t use the facility.

Some airport revenues go back into the borough of Grove City, and more than $2 million in salaries connected to the airport are being kept local, he said.