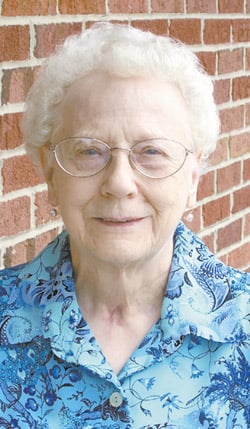 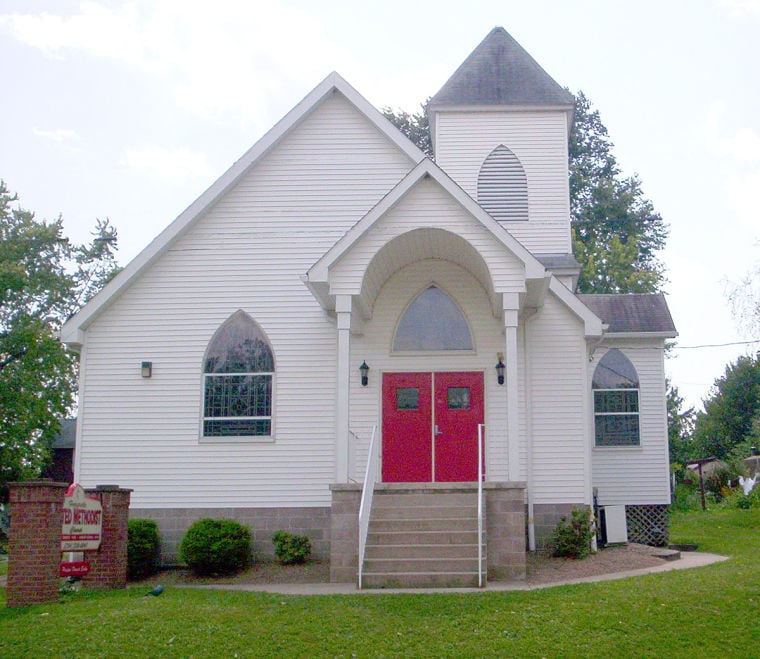 Forestville United Methodist Church is 100 years old! This special occasion will be celebrated on Sunday, Oct. 10. Fellowship will begin at 2 p.m. Bring along your memories and enjoy the day. There will be a worship service at 3 p.m. with a catered dinner to follow.

Virgie Bovard, a longtime member at Forestville UMC, who lived to be over 100, wrote a history of the church. This story is based on her account.

James Shields and Alexander Wiley were the first settlers in this area. The small community began to grow as more mines were opened. A Roman Catholic church was constructed, but a young man named H. L. Johnson had a dream, a dream of building a Protestant church. He no doubt talked this over with the Matthew Brothers, Ira and Carl, who had a general store in nearby Wick. Along with others, they organized a congregation of Methodists in Forestville. They first met in the former school house, where the Isacco sisters later lived, next to the Roman Catholic church. The first meetings were held there in 1908.

The congregation was recognized and combined with the Harrisville Charge in 1909. In 1910, ground was purchased from Mary McElhaney for $100. On May 19, 1910, ground was broken for a church building. The cost of this building, carpet, seats, chairs, bell and heater was $2,800. People donated $39.50 toward the purchase of an organ.

The first sermon was preached on Nov. 23, 1910 by Rev. Farrell of New Castle, followed by Rev. Hildebrand on Nov. 25. The church was dedicated on Nov. 27, 1910, by Rev. Crawford of Allegheny College in Meadville. The first full-time minister was Rev. Smith. Following a revival meeting, there were 68 members.

During the summer months, the church held camp meetings outdoors, in a grove owned by Molly Shields. It was also a great site for ice cream socials and picnics.

A Sunday school was organized and H.L. Johnson was elected superintendent. W.P. Johnson was the first person to be baptized in the church. In 1934, a ladies group organized, called The Endless Chain Society. Today it is simply the United Methodist Women.

Rev. S.H. Barlett served the charge from 1914 until 1917. By this time the ladies had taken on new projects, sometimes helping with the minister’s salary and repairs around the church. They made quilts for $2 and charged 25 cents for binding. They cleaned school houses and Mrs. Baker’s butcher shop. They sponsored ice cream socials in the grove, and embroidered pillow cases for $1 a pair.

Pastors who led the church have included:

“How gracious Thy mercy, how warm and constant Thy love. Create within us, our father, the true gratitude that shall make the New Year one of rededication. May we live in gratitude and get on with the job of giving the world that kindly touch we feel on Christmas day.”

Thus ends Virgie Bovard’s history of Forestville United Methodist Church and so pray the people at the church to this day.

Research reveals the names of several more men and one woman who have pastured the church. Years of service are not available. They are Ed Schoeneck, Thomas Carr, Kathleen Pickett, Steve Soltis, and Tom Sullivan.

Currently the pastor of Forestville United Methodist Church is Rev. David Ealy, who has been pastor for several years. He is planning the anniversary celebration. You may have enjoyed a spaghetti dinner for $1--$1.25 with dessert--at the church, as the women continue to help with expenses now.

May God bless this beautiful little church as they continue their ministry into another century of history.

On Oct. 3 at Harmony Presbyterian Church, the children will be passing out Blessing Bags. This tradition is a “fall happening” at the church. Parents are to fill the bags with non-perishable food to be given to the clients of the Feed My Sheep Food Cupboard. Financial contributions will be used to purchase turkeys for Thanksgiving dinner, or you can purchase a gift card from Giant Eagle. Please give the filled bags to Charlotte Byers or Linda Stirling. Blessing Bags should be returned on or before Oct. 24.

Also, fall Youth Group meetings have begun at Harmony Presbyterian Church. Grades 7 and up are invited to join. Meetings begin at 6:15 p.m. and are held Tuesdays. There will be snacks on the first, third and fifth Tuesday each month; dinner will be on the second and fourth Tuesday. On Sept. 12 there was a picnic at the Buffalo Farm for parents and young people.

Congratulations to Sarah Hogg, daughter of Doug and Karen Hogg of Harmony Church. She and Dan Stugart have announced their engagement, and are planning an April 2011 wedding.

Also, congratulations to Dakota Dickey, son of Mark and Debbie Dickey, and Shalene Yenick. Their wedding will take place in June 2011. Sarah and Dakota are the grandchildren of Donna Hogg and great-grandchildren of Edna Smith of Harmony Church.

Monte and Becky Montgomery will be celebrating 50 years of marriage at a reception given by their family on Saturday, Sept. 25. They were married on Sept. 21, 1960. We wish for them many more years together.

Sept. 15--Wednesday Quilting Circle is beginning at 9 a.m. at Harmony Church. Ladies are needed to cut patches, lay out quilt tops, sew the quilt patches together, and tie and know the quilts. Women are invited to bring your scissors, thimble and lunch, and join the group.

This week in history

Sept. 16: The Mayflower ship departed from England bound for America with 102 passengers and a small crew, 1620.

Sept. 17: At the Constitutional Convention in Philadelphia, delegates from 12 states voted unanimously to approve the proposed U.S. Constitution, 1797.

Sept. 19: Jamestown, Va., was attacked and burned during a rebellion led by Nathaniel Bacon against the Royal Governor, Sir William Berkeley, 1676.

Sept. 20: The New York Stock Exchange was forced to close for the first time in its history as a result of a banking crisis during the financial Panic of 1873.

Thought for the week

“The teacher who is attempting to teach without inspiring the pupil with a desire to learn is hammering on cold iron.”--Horace Mann

“Education is learning what you didn’t even know you didn’t know.”--Daniel J. Boorstin