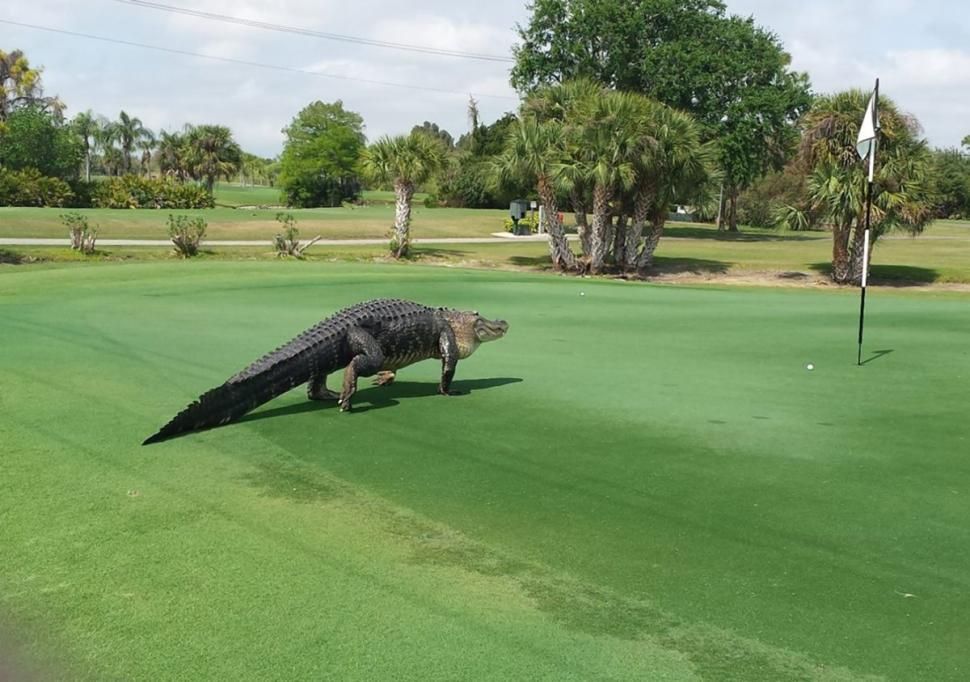 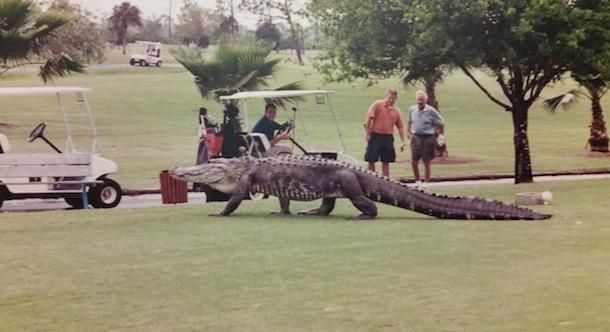 1. Move over, Tiger--Gator is the new king of the fairway, at least at the Myakka Pines Golf Club in Englewood, Fla. The club's general manager told the New York Daily News that an alligator worthy of Jurassic Park b-roll--he estimates its approximately 13 feet long--has been wandering the back nine and pretty much wherever else he wants for the past week or so.

The beast has also taken up residence on social media, with some questioning whether the photos Myakka Pines posted to Facebook are real due to the sheer size of the beast.

2. The emails Hillary Clinton deleted? They're mostly about yoga, she said. Nothing to see here. But that hasn't stopped the Internet from trying to imagine what was there.

Visit NBCNews.com for breaking news, world news, and news about the economy