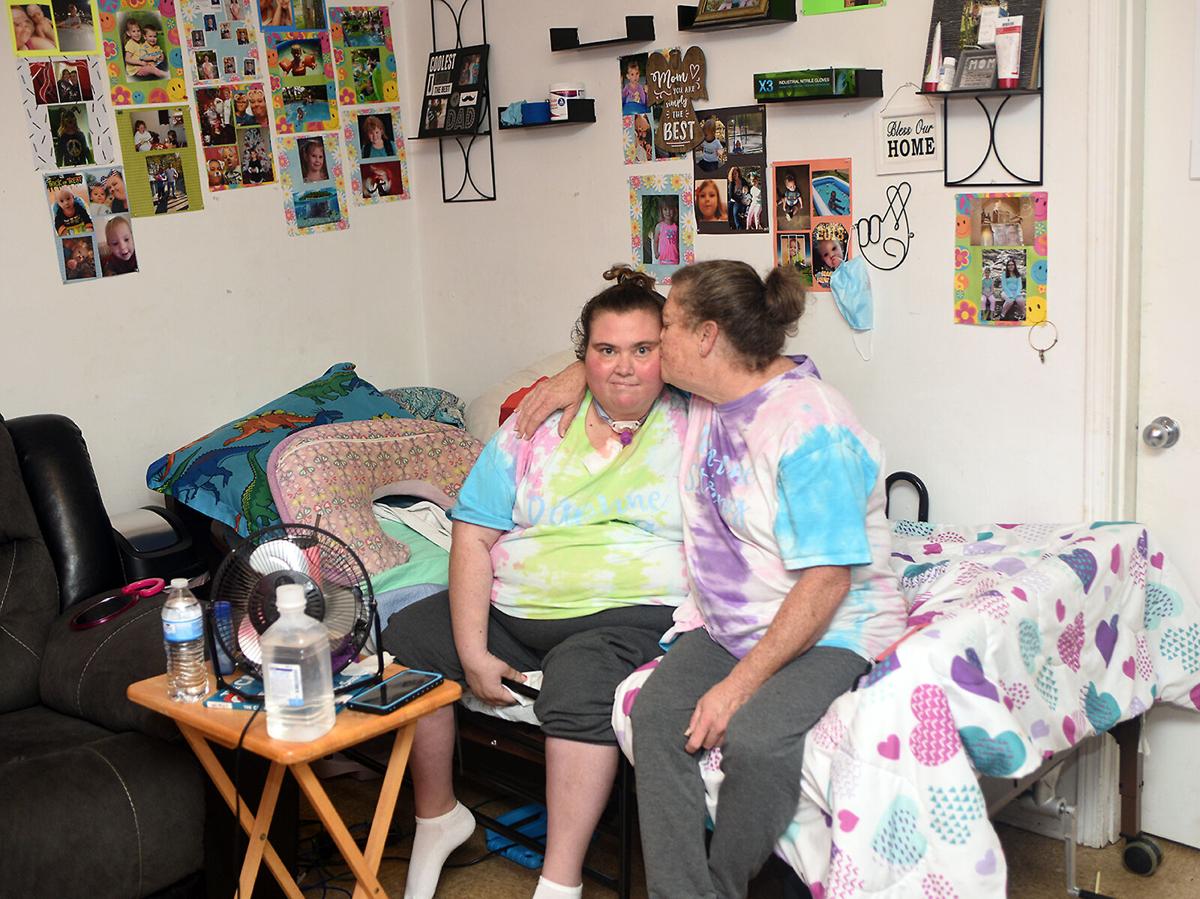 Surrounded by family photos, Daphne O’Rear, left, gets a hug and kiss from mom Teresa at her home in the Jones Chapel area. After being hospitalized with COVID-19 for 90 days, Daphne was able to come home. 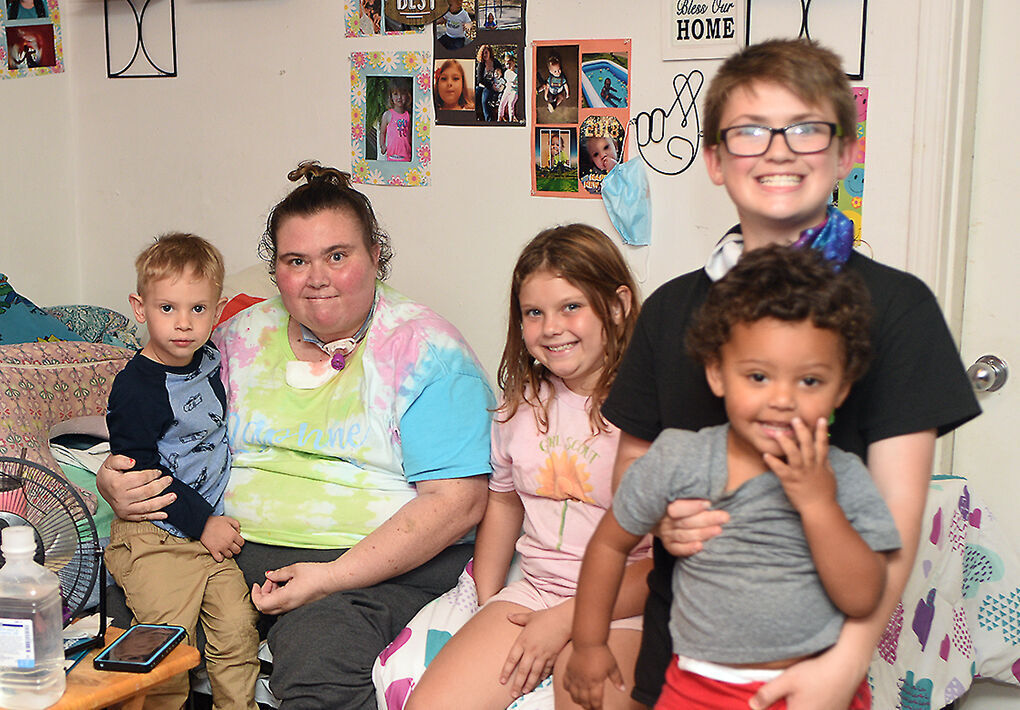 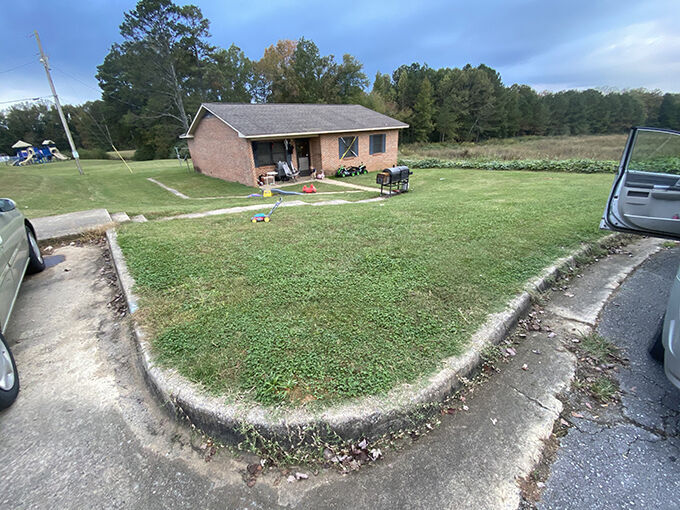 Surrounded by family photos, Daphne O’Rear, left, gets a hug and kiss from mom Teresa at her home in the Jones Chapel area. After being hospitalized with COVID-19 for 90 days, Daphne was able to come home.

CULLMAN, Ala - Cullman County’s hospitalization rate due to COVID-19 has been on the rise, but there is one less patient being treated at Cullman Regional Medical Center. Daphne O’Rear came home in October after being hospitalized for 90 days, which included two months on a ventilator.

While she’s home now and on the road to recovery, she and her mother, Teresa, note it’s going to be a long road. “She walked five steps the other day and she was worn out,” said Teresa.

Daphne, 33, continues to work through the physical after affects of the virus. “She’s over the Covid, but she’s not over the effects,” said her mother.

“It was really hard,” said Daphne. “It’s still hard because I can’t get up and help do anything with my children and I’d like to.”

Daphne said when she first came down with the virus, she didn’t realize how sick she was. She knew she was extremely tired, but didn’t realize it was as bad as it was until her mom showed up and saw her blue fingernails. Teresa called for an ambulance and shortly after that, Daphne was put on the ventilator.

That was on July 25, when Cullman County was seeing its highest number of hospitalizations due to COVID-19.

Two months later, she came off the machine. “I couldn’t really remember much,” she said. “I couldn’t talk; I had to learn to talk again.”

During her last month in the hospital, Daphne was able to have phone calls and FaceTime her children, ages 3 and 8, three times. “They’d call me crying. They would call and just cry because I couldn’t come home,” said Daphne. “I missed my babies so bad.”

“They were so excited to see mommy home,” she added.

The impact of the disease goes beyond physical recovery. Daphne didn’t have medical insurance, and, without the ability to care for her children right now, her mom has taken a leave of absence from her job to help out.

Teresa said she’s told Daphne, “‘This isn’t something that any of us asked for, but mom’s going to be here no matter what.’”

Through it all, though, Teresa said the overwhelming feelings are of gratitude and hope. “I want people to know I’m blessed,” said Teresa. “She’s fought a long battle. But we had people all over the United States that have been praying for her.

“If it wasn’t for God, we wouldn’t be where we are. We are blessed. We’re still here,” she added.