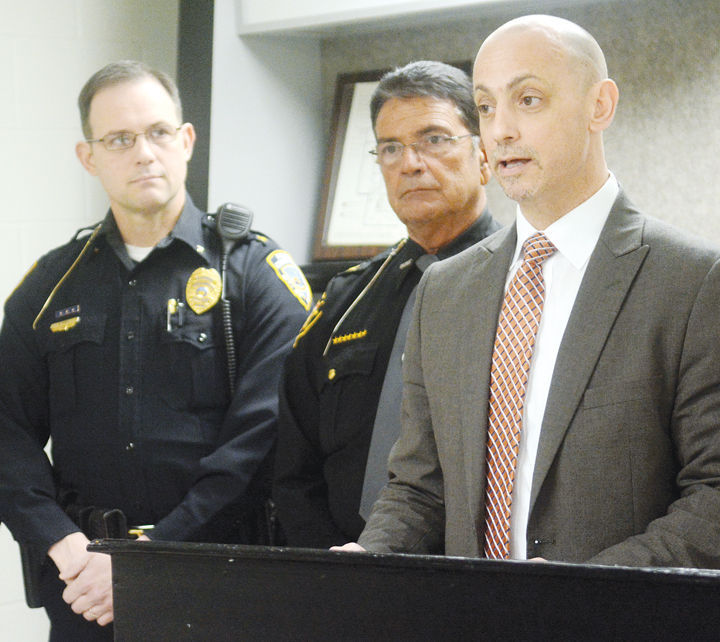 The Ashtabula County, Ohio grand jury issued secret felony indictments against 26 people suspected of having ties to heroin, cocaine and oxycodone trafficking in the area.

The Ashtabula County, Ohio grand jury issued secret felony indictments against 26 people suspected of having ties to heroin, cocaine and oxycodone trafficking in the area.

JEFFERSON, Ohio — Nearly 30 people suspected of having ties to heroin, cocaine and oxycodone trafficking have been charged with selling drugs in an Ohio county.

According to Iarocci, 16 suspected street-level drug dealers, out of a total of 26 secretly indicted Monday, were arrested and booked in the county jail over the past few days. Several arrests occurred early Friday morning, he said.

Three of the suspects are in prison for other crimes, and police are looking for seven others, who have been indicted but not yet arrested, Iarocci said.

As part of the bust, about 107 grams of heroin with a street value between $15,000 and $21,000 was recovered. In addition, police seized 11-plus grams of cocaine, 49 tablets of oxycodone and an undisclosed amount of cash.

The arrests were part of an undercover operation with some undercover buys dating back as far as May 2014, he said.

“It has become apparent from this operation that the illegal narcotics trade, particularly heroin, continues to run at an epidemic proportion in our county,” Iarocci said. “Individuals appear to be freely and openly selling heroin and other drugs on the streets.”

Iarocci said this operation is intended to send a clear message.

“Like the sweep that occurred in Geneva (Ohio) one year ago, this is again intended to send a clear message to those dealing and trafficking drugs in Ashtabula County,” Iarocci said. “Law enforcement officials know who you are and are watching you, and that my office will prosecute you to the fullest extent of the law if you are ultimately indicted or charged.”

Ashtabula County Sheriff William Johnson thanked all of the agencies who helped in “eradicating” these individuals and the public for their tips on drug activity in their neighborhoods.

“It takes time, but all the information we get doesn’t fall on deaf ears,” he said.