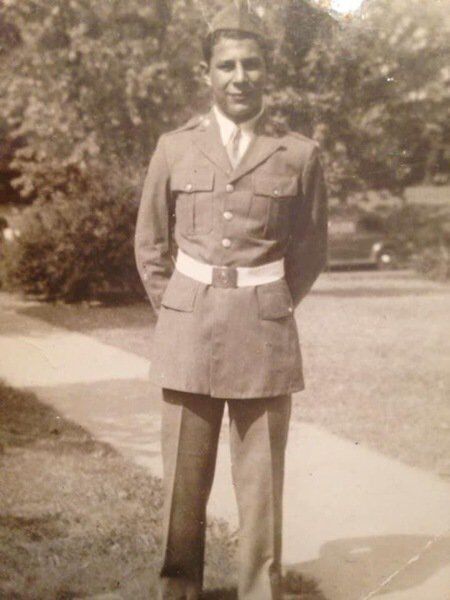 Submitted PhotoBefore becoming a hall-of-fame football player for the Philadelphia Eagles, Pete Pihos served during World War II. His dog tag was recently found in a forest in France. 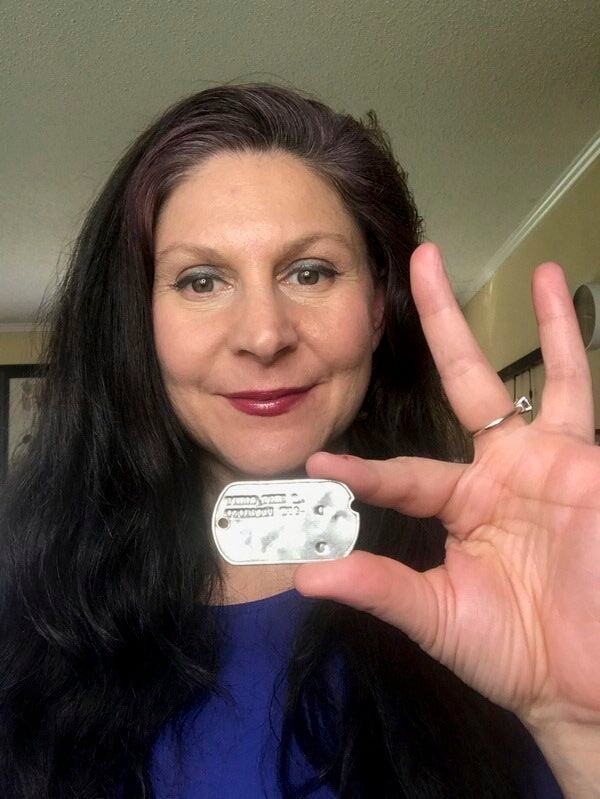 Submitted PhotoMelissa Pihos of Valdosta recently received her father's World War II dog tag from a woman who found it in France.

Submitted PhotoBefore becoming a hall-of-fame football player for the Philadelphia Eagles, Pete Pihos served during World War II. His dog tag was recently found in a forest in France.

Submitted PhotoMelissa Pihos of Valdosta recently received her father's World War II dog tag from a woman who found it in France.

But she didn't expect a recent message from a woman in France who found Pete Pihos' lost dog tag from World War II.

Sylvette Bricker found the dog tag in a forest near her house in Fontainebleau, France, which is south of Paris. The battered metal dog tag reads; Pihos, Pete L. Pihos' full name was Peter Louis Pihos.

"She had no idea who he was," Melissa Pihos said. "She didn't know about the football stuff."

All Bricker knew was the dog tag likely belonged to one of the American soldiers who liberated France from the forces of Nazi Germany more than 75 years ago.

"She said that my Dad 'was probably a soldier with Gen. (George S.) Patton in liberation of France and our city in 1944,'" Melissa Pihos said. "'La Voie de la Liberte: the Way of Freedom passes through our city.' He definitely served under Patton."

Pete Pihos was an end and fullback for Indiana University during the early 1940s. He also served in the Army as part of the 35th Infantry during World War II.

After the war and college, he played nearly 10 years in the National Football League with the Philadelphia Eagles. He played from 1947-55.

He was part of the teams that won what was then the closest thing to the Super Bowl. The 1948 and 1949 Eagles teams won back-to-back NFL championships.

He was regarded as one of the NFL's leading receivers, according to various sports websites. In 1969, he was named to the 1940s All-Decade Team.

Melissa Pihos is a dance instructor and choreographer at Valdosta State University. She created an epic biographical dance work based on her father's life.

"PIHOS: A Moving Biography" reviews his life from childhood struggles as the son of Greek immigrants in the early 1900s to the brutal murder of his father to his college football career, World War II, professional football career, his four wives and the onset of Alzheimer's disease. Pete Pihos died in 2011.

"Some people don't know about his service," Melissa Pihos said. "He didn't like to talk about it."

He never mentioned a missing dog tag but his daughter was elated to learn about it.

And said she was even more excited when it arrived in the mail.

A small flat piece of metal that Bricker referred to as a "medal," that weighs far less than a trophy or hall of fame plaque, that contains a serial number and a name: Pihos, Pete L.